By Filippo Bradaschia20 May 2019News & Events

Dr. Norbert Junkes (Press and Public Outreach, Max-Planck-Institut für Radioastronomie) showed us the radio telescope in detail bringing us with a lift at 50 meters from the ground, just under the big antenna. Since the Effelsberg radio telescope operates from 350 MHz up to 86 GHz, the antenna has been designed to keep a very precise parabolic shape also with the deformation of the antenna due to gravity when it’s rotated in different directions. 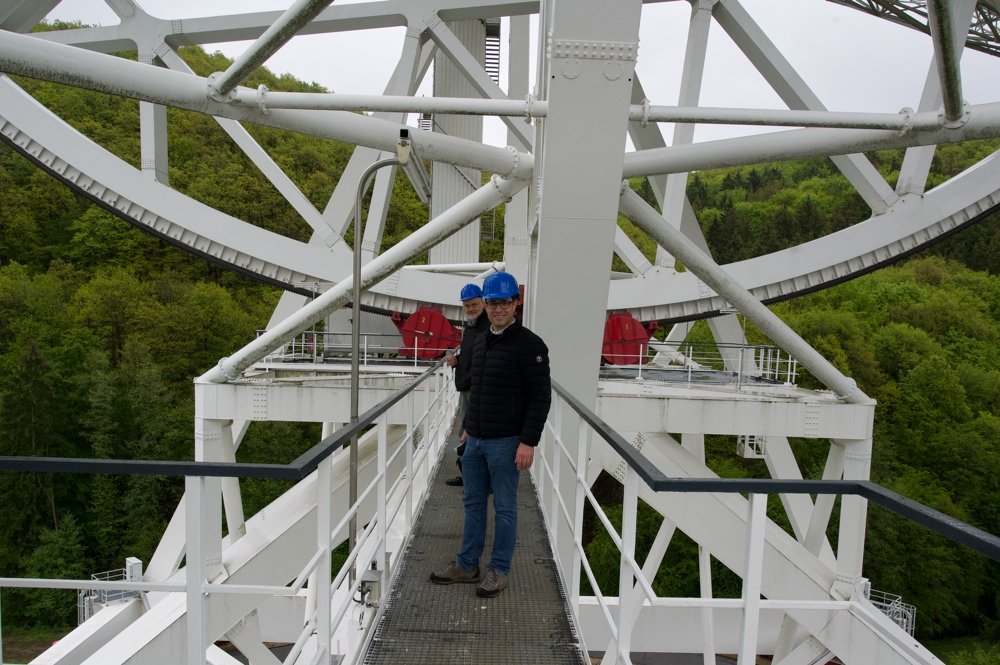 At a lower level, 4 huge motors are in charge to move the elevation axis. The Effelsberg radio telescope is fully steering and this means that the 100 meters antenna can be moved 360 degrees in azimuth and 90 degrees in elevation, allowing the radio telescope to be pointed in any direction and down to the horizon. The azimuth movement is performed by rotating the entire structure (the time for a rotation of 360◦ is 15 minutes) that weights 3200 tons! 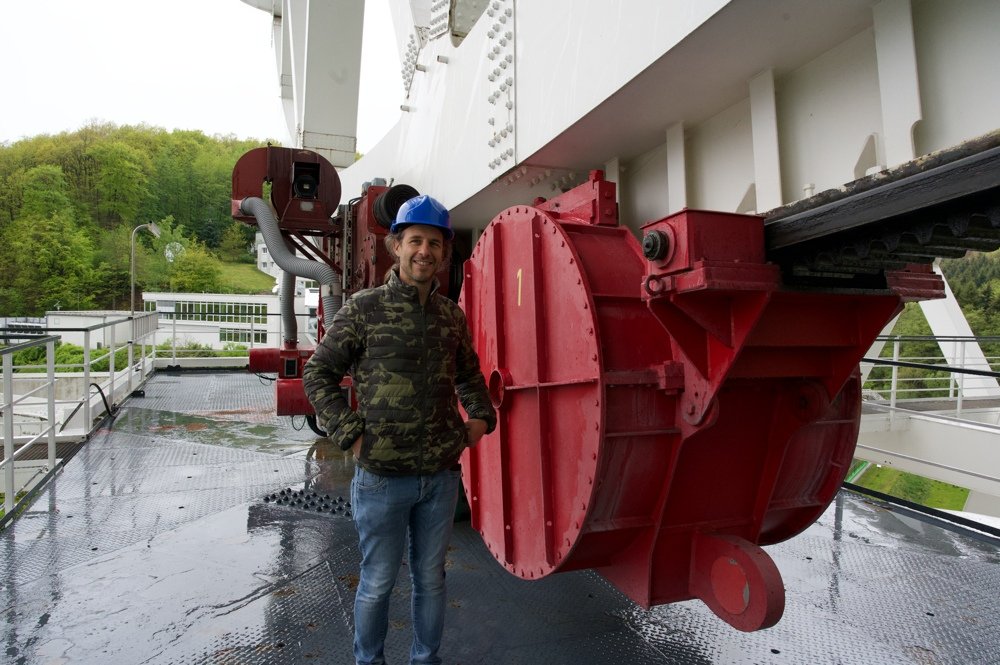 In front of the Effelsberg radio telescope there is the institute with the control room directly facing the antenna. From here researches control the radio telescope, with 8 screens in the main control room that allow them to have in real time all the scientific data. We were happy to see that, also if this is state of the art professional radio astronomy software, our RadioUniversePRO for SPIDER radio telescopes has some features in common! 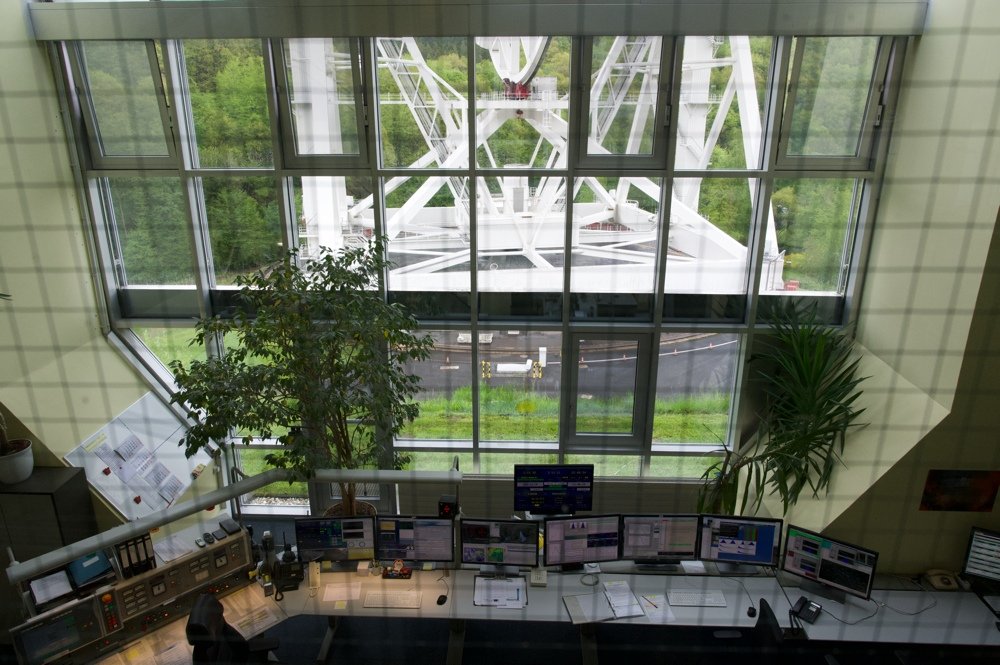 The control room in front of the radio telescope 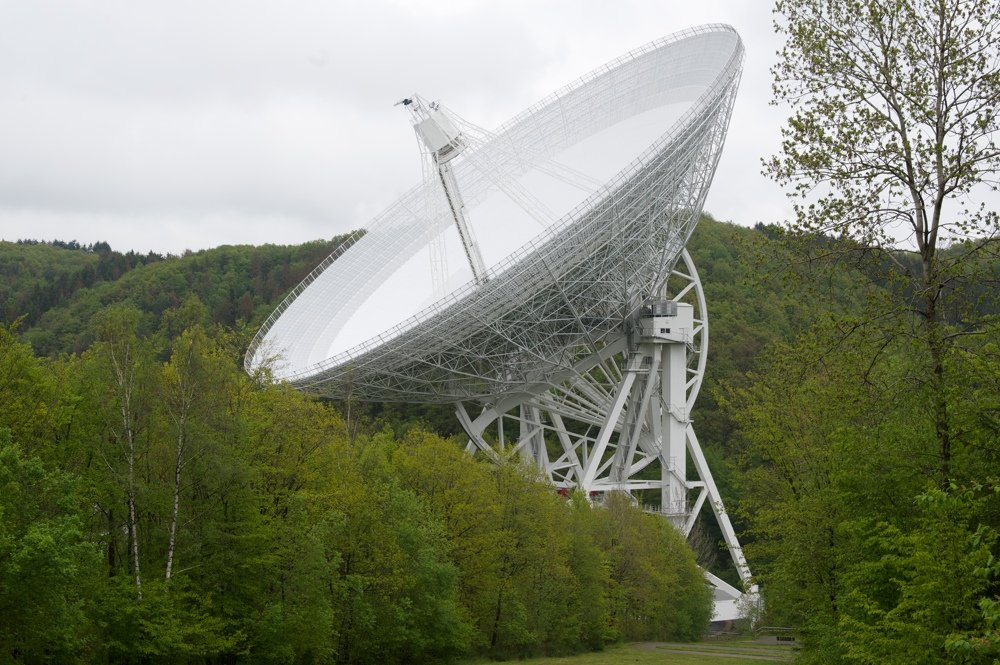 View of the entire radio telescope