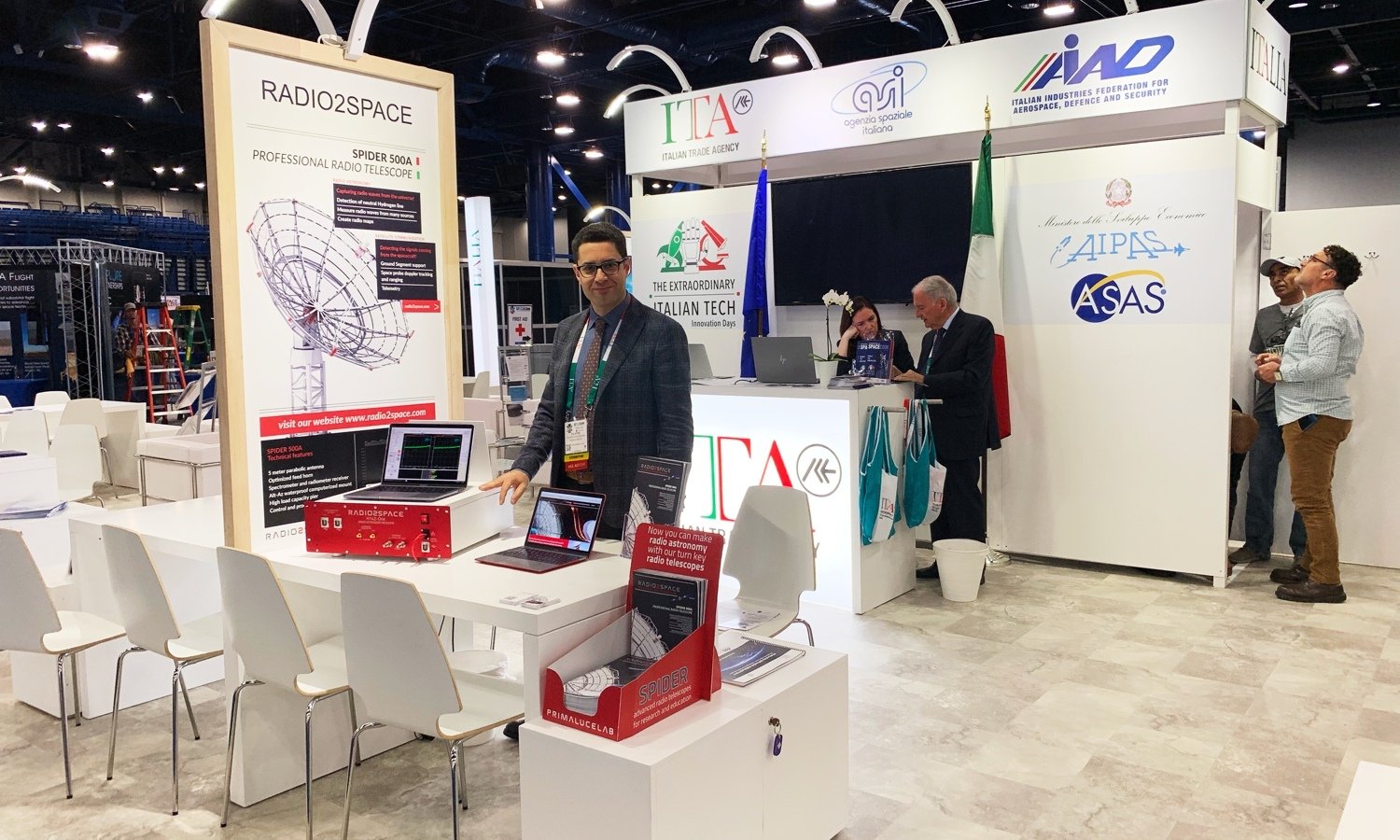 Radio2Space is very proud to be at the SpaceCom 2018 in Houston, the two-day event where NASA, aerospace, and industry come together to connect space technologies to business innovation! The event includes forward-looking conference sessions, a packed exhibit hall showcasing cutting-edge technology, and an Entrepreneur Summit that promises to transform markets. 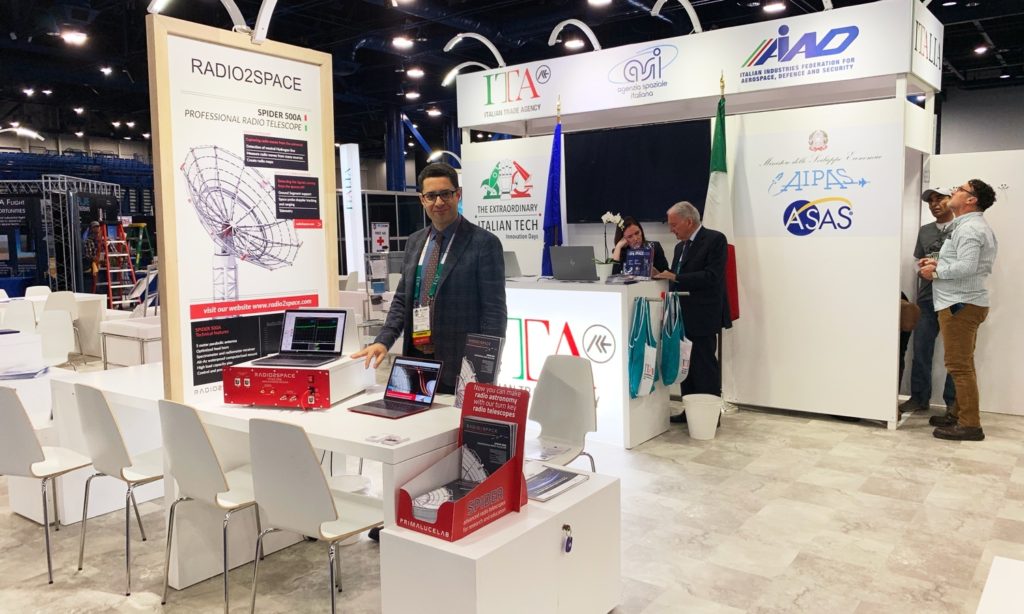 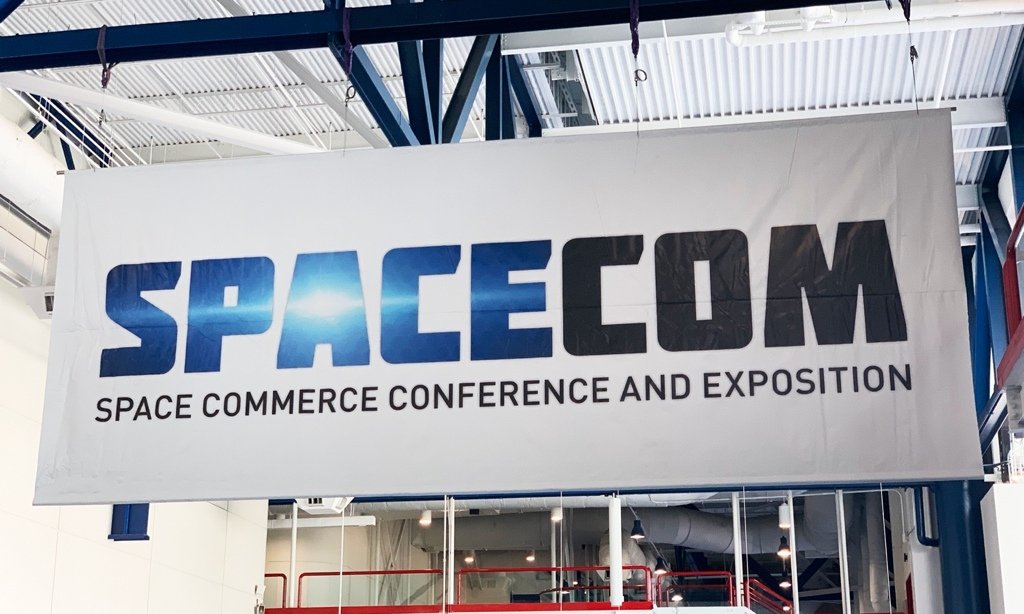 At the entrance of the event. 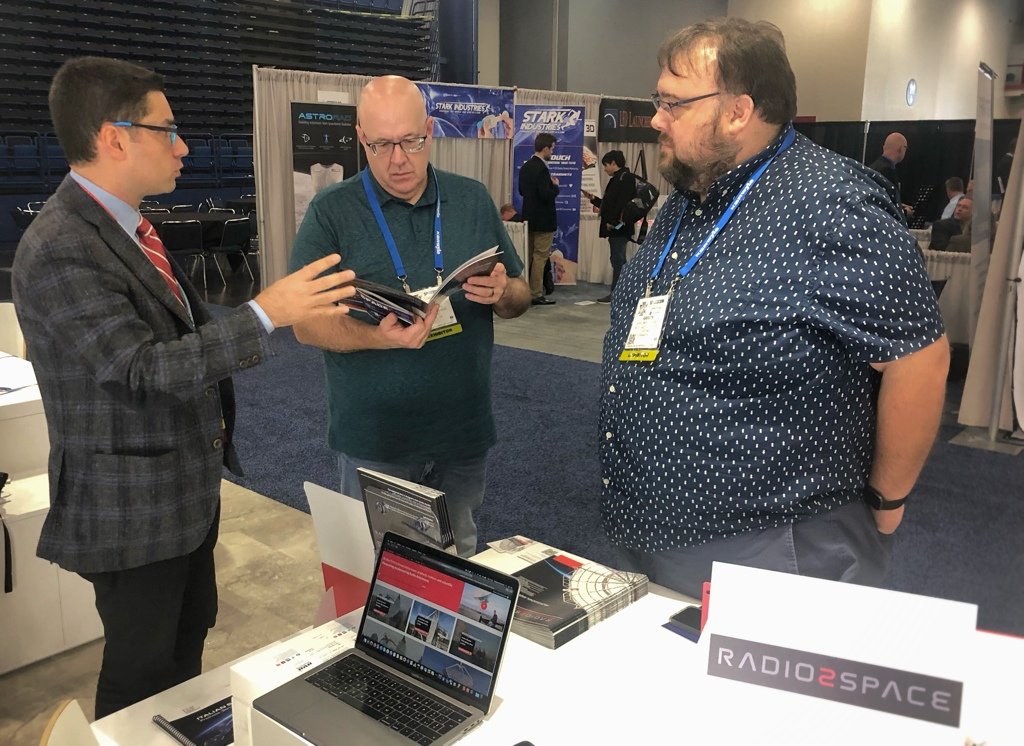 SpaceCom 2018: talking about our radio telescopes for satellite communications 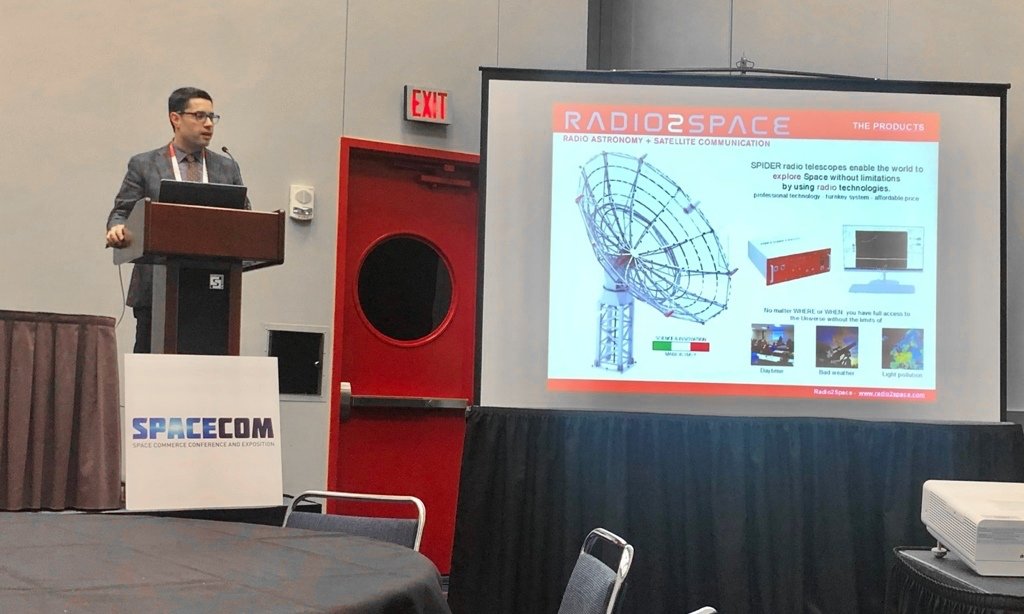 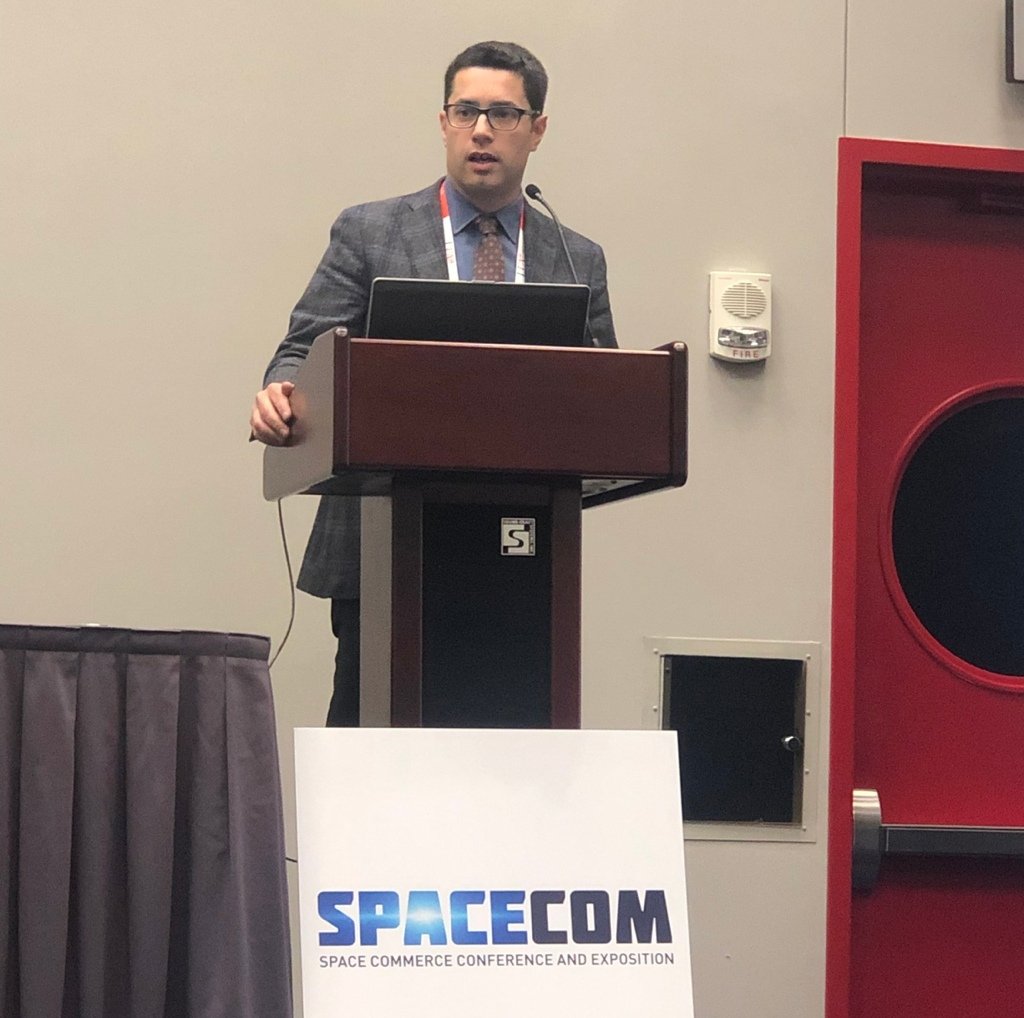 The event has been a great success and we’re very happy to be part of it and show our innovative radio telescopes. And of course, just after the event, we had the opportunity to visit the NASA Space Center in Houston, what a great week end! 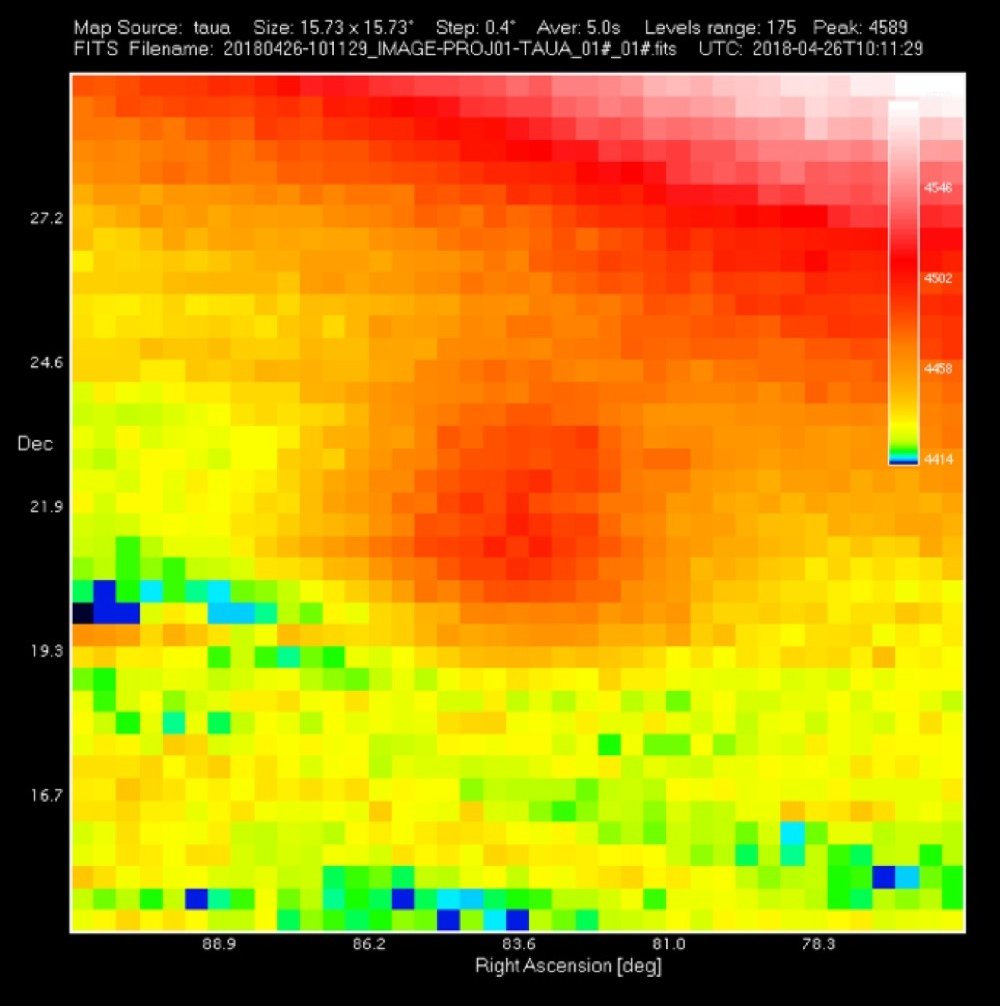 Taurus A recorded with SPIDER 300A radio telescope

Taurus A is the radio source in Taurus constellation that corresponds to the Crab Nebula (M1), the supernova remnant exploded on July 4, 1054 and noted by Chinese and Arabian astronomers of the time. Since then, the gas cloud has expanded and today is over 6 light years large. In this article we see how the SPIDER 300A radio telescope “discovered” it by capturing the radio waves emitted by Taurus A and converting them into a radio map, a real photograph in radio waves of this nebula. In fact it is believed that Taurus A emits radio waves for synchrotron radiation caused by electrons in fast spiral motions around magnetic field lines generated by the pulsar inside it. Thanks to the WEB300-5 3 meter diameter antenna and the 1420 MHz H142-One receiver, the SPIDER radio telescope was able to easily record the weak signal and, thanks to the precise mount and pointing system, it generated a radio map with the same technique used by professional radio telescopes.

Studying the sky at the frequency of 1420 MHz has several advantages including the ability to capture radio waves even during the day and through the clouds. But at this frequency the electromagnetic emission of many radio sources is quite weak (in fact, professional radio telescopes use very large antennas and are very expensive). At the frequency of 1420 MHz the strongest radio sources are: 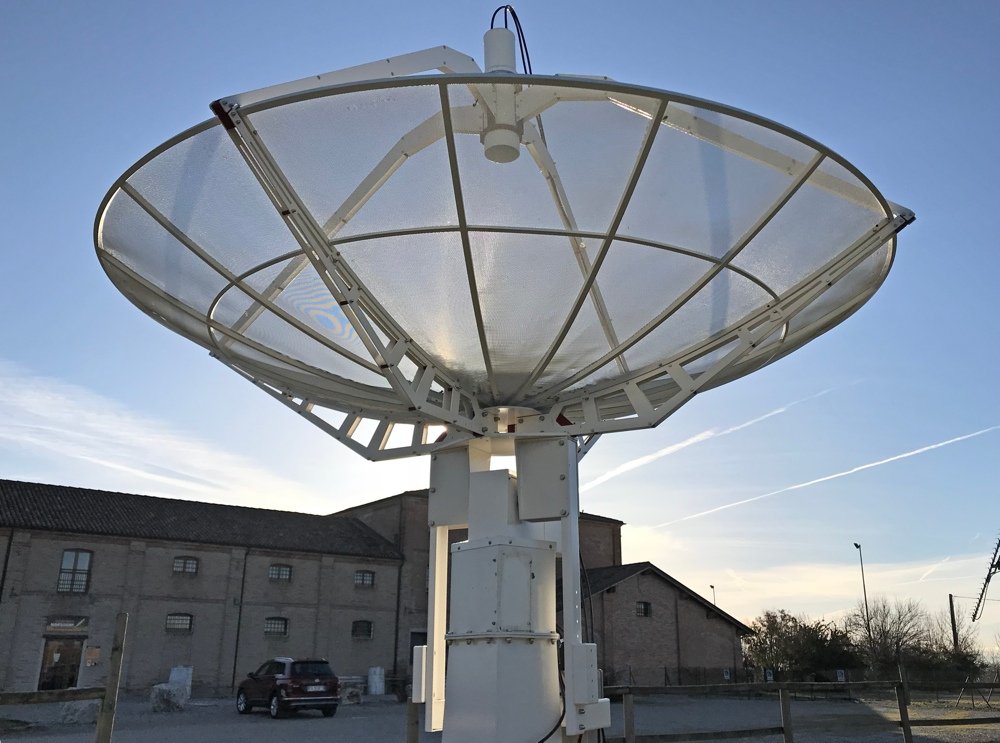 A radio telescope is different from an optical telescope by many aspects: one of these is that it collects radio waves from a single area in the sky. Just to give an example, it’s like having a telescope with a CCD camera that comes with a single large pixel. In order to create radio maps, technique consists in moving the antenna with small movements and, for every sky position, record radio waves coming from space tracking the sky apparent movement. Then the SPIDER antenna is moved to a new position and record the next pixel value. For every pixel, RadioUniversePRO software calculates the total amount of radio waves captured and displays this value with a color based on a color scale chosen by the user. 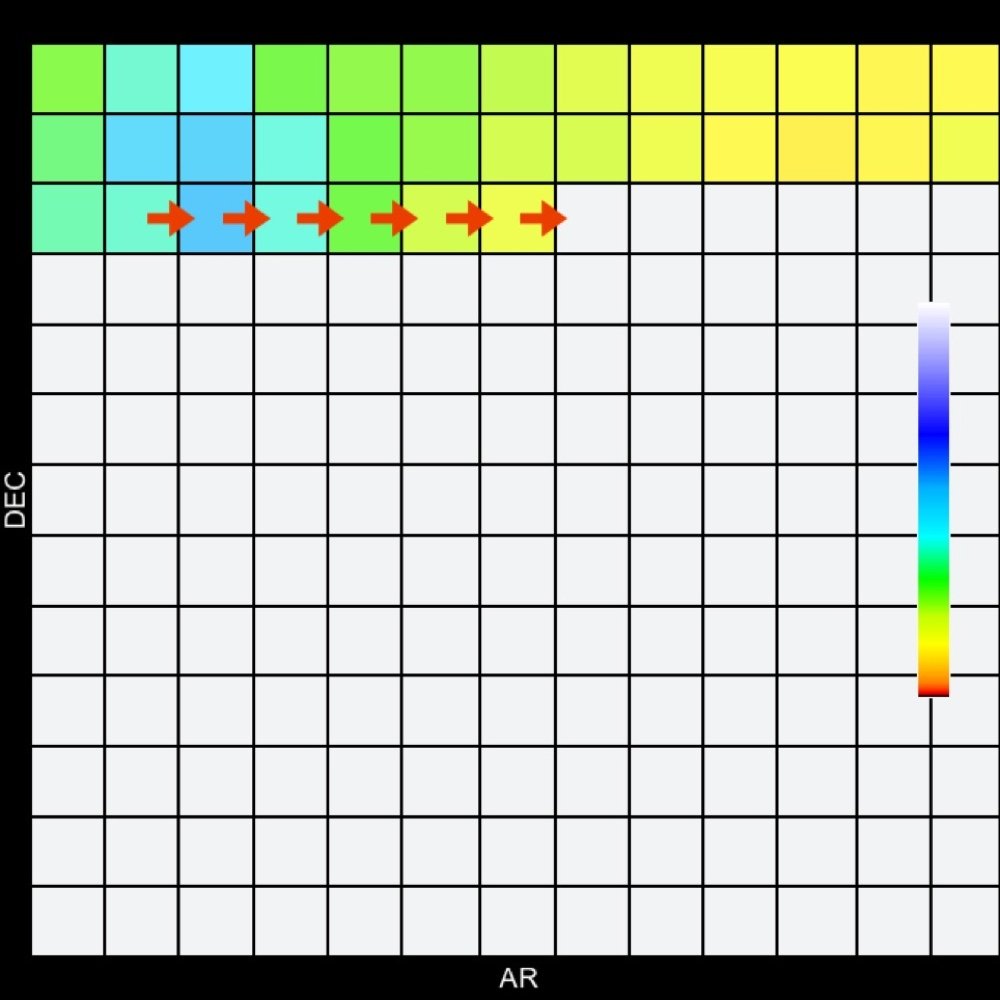 Taurus A recorded with SPIDER 300A radio telescope: making of the radio map with RadioUniversePRO software

RadioUniversePRO software allows you to point the radio telescope to the precise sky position of the radio source, visualize in real time the bandwidth spectrum in frequency so you can see if you have artificial signal in it (allowing you to filter these from your recordings) and define radio map specifications like: 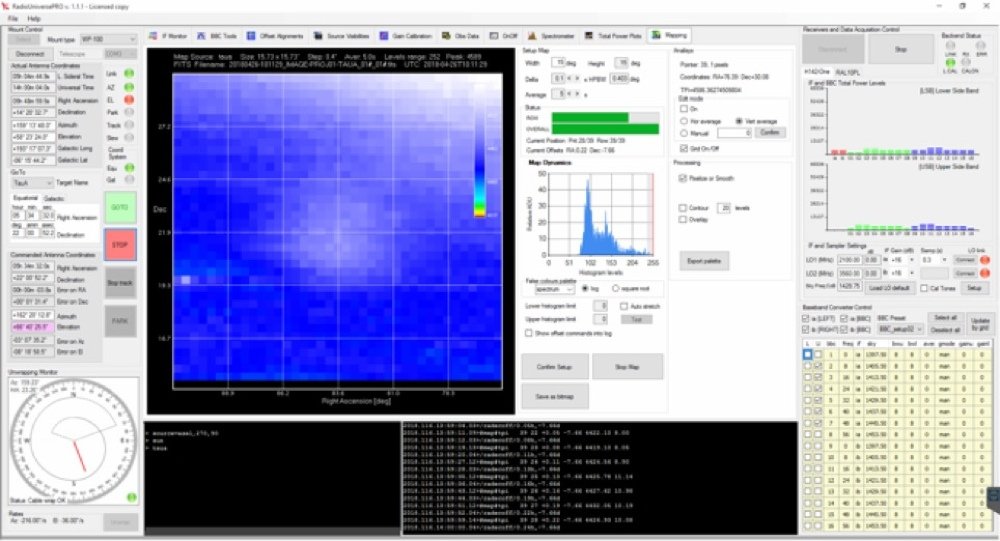 Taurus A recorded with SPIDER 300A radio telescope: RadioUniversePRO software during capture of Taurus A radio map

So we started a 3 hours capture, setting the following parameters in RadioUniversePRO:

The result is the map that we show in the image below. You can easily see the increase of the signal at the center of the map, corresponding to Taurus A position. The increase in the visible signal at the top right of the image is the Milky Way, in fact Taurus A does not lie perfectly on the plane of our galaxy but it is a few degrees away (as confirmed by the radio map). The image below shows the same radio map but displayed with the level curves. 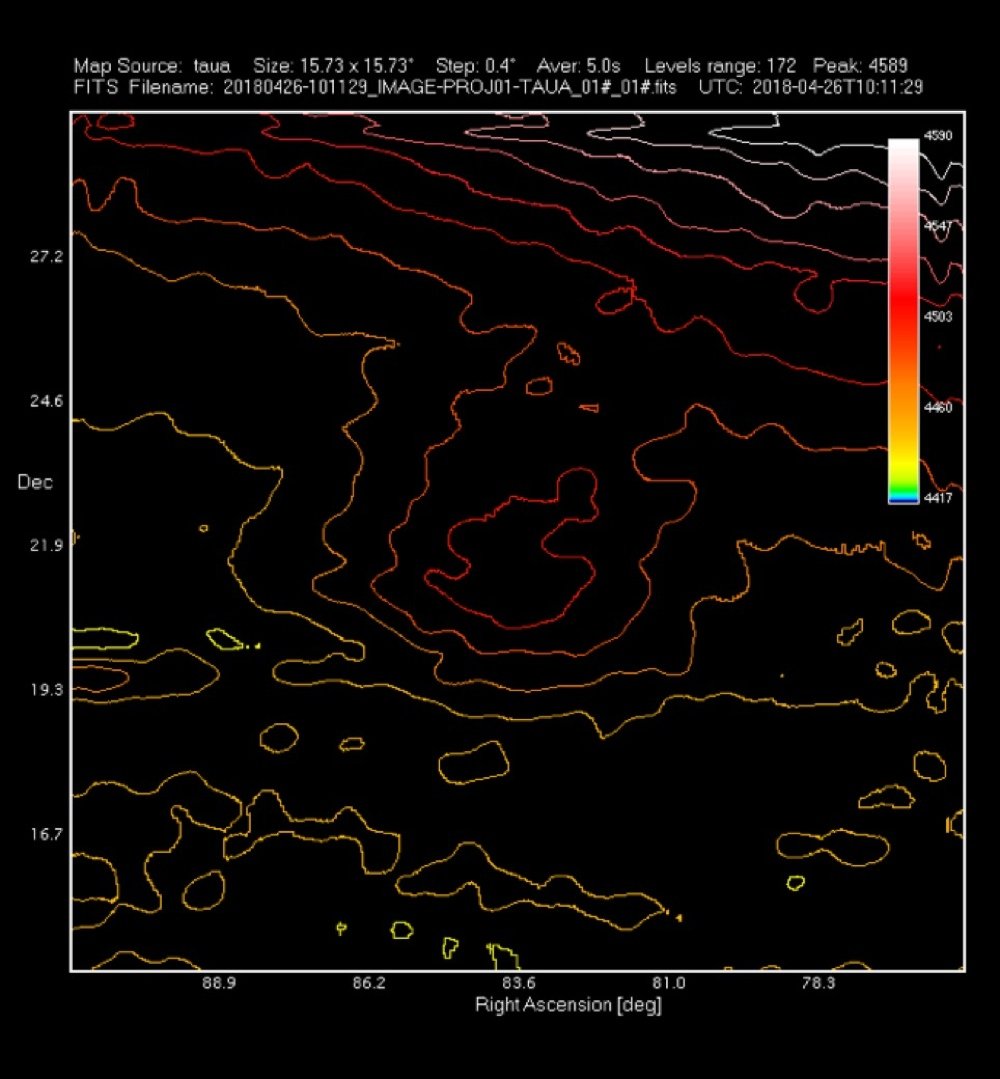 Taurus A recorded with SPIDER 300A radio telescope: curve levels visualization in Taurus A radio map

This way we demonstrated that, thanks to the high sensitivity and pointing precision of the SPIDER radio telescope, it is possible to realize radio maps also of weak radio sources using the same techniques employed by professional radio telescopes!