The results of radio telescopes: images, transits and numbers

What are the results of radio telescopes? In this article we’ll see some like radio images, transits and numbers. When we record a picture of an Universe object, we usually use a digital camera that has many pixels (typically several millions). This way, when we record the picture, the light we receive “lighten” many pixel at the same time and each pixel records light coming from different sky areas.

But, when we use radio telescopes, we record the signal from a single area of the sky (except for professional radio telescopes that may have more LNA units), just as if our camera had only one pixel. If the instrument is equipped with a precise automatic pointing and tracking system, and you have the coordinates of many sky radio sources of the Universe (as in the case of our SPIDER radio telescope), you can point the antenna to the correct direction, and then record the radiation flow coming from the object itself.

This expresses the power of the signal emitted by the radio source for frequency unit that passes through a surface of unit area. The type of data obtained depends on the characteristics of the receiver and by the fact that the measure could be calibrated or not. That’s why, in general, the first result you get radio telescopes pointing towards the sky is a number. 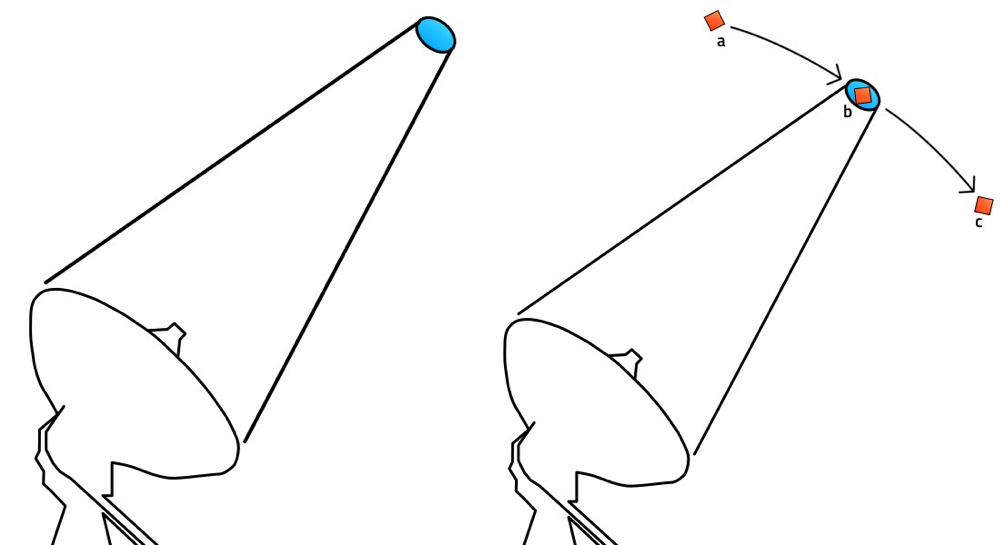 Another result type that can be obtained with radio telescopes is a transit. This technique is to identify the object for which you want to record the radio emission, point the telescope in the sky area in which the object will move in the near future (eg 30 minutes later) and stop the telescope in that position. Because of the apparent sky rotation (caused by the rotation of Earth), the object will move towards the area of sky pointed by the antenna (a), there will be (b) and will pass (c).  Another way to do this is to move the radio telescope from point a to c with a faster speed than sidereal rate.

We can thus record a curve of values ​​whose central bell shows the recording of the radiation flux emitted by the radio source and that is captured by the antenna main lobe. On left and right of the graph, you can see two lower increases in signal due to the secondary lobes of the antenna. This type of result is very interesting since it allows to evaluate other parameters such as the resolution capabilities of the antenna and is also used to verify the performance and working settings (such as focus point). 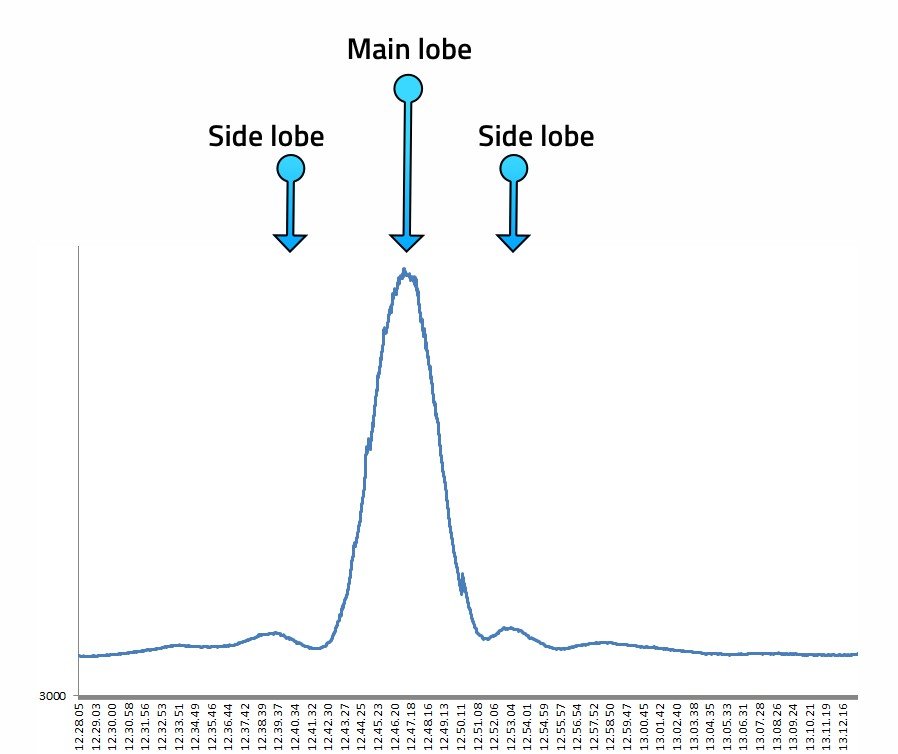 If the radio telescope has a precise tracking and automatic pointing system, we can record a radio image of the object that we want to study. But how can we achieve this if our radio telescope only records one pixel at a time? In order to do so, the radio telescope is moved continuously by scanning the sky area desired and recording, from time to time, the radio emission which comes from each pixel that compose the image. Some pixels will record a different quantity of radio waves from the adjacent ones and this amount is recorded by radio telescope. Therefore, each number is associated with a color: the computer will substitute numbers with colors chosen by generating a radio image of the object again!

Our SPIDER radio telescopes allow the user, in a very simple way, to obtain these results with an amateur radio telescope. Whatever you want to accomplish, you can register waves easily using RadioUniversePRO software. In the image below, you can see a radio map of the Sun shown here each pixel has a size of 1.5 degrees. There are also the effects of side lobes (the blue “spots” around the Sun). 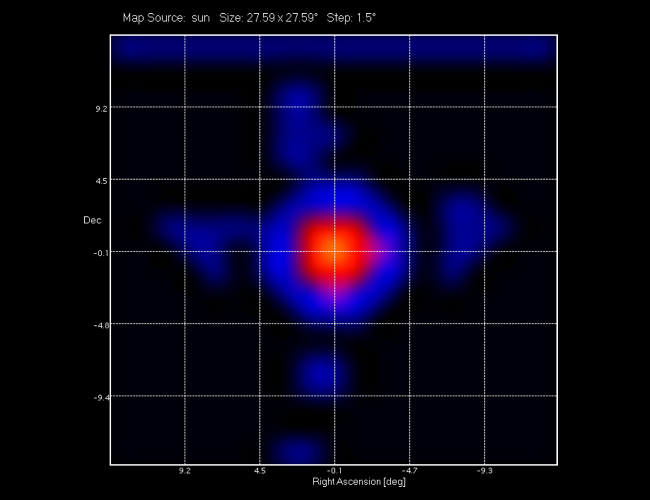 Results of radio telescopes: radio-Image of the Sun recorded with SPIDER radio telescope. Each pixel corresponds to a numerical value proportional to the intensity of the radio emission coming from a precise sky area.