Is it possible radio astronomy at school? In general, the activities that many schools develop in astronomy are usually made ​​with optical telescopes because instruments for other electromagnetic spectrum bands are considered too expensive or difficult to use. This often translates into single evening visits with students at the public observatories, so you can not conduct a continuous study. Thanks to our SPIDER radio telescopes is now really possible to make radio astronomy at school because, unlike an optical telescope, they can also be used during the day and then during normal lesson time! The SPIDER radio telescope is installed outside and it’s remotely controlled for example from the classroom or the laboratory. 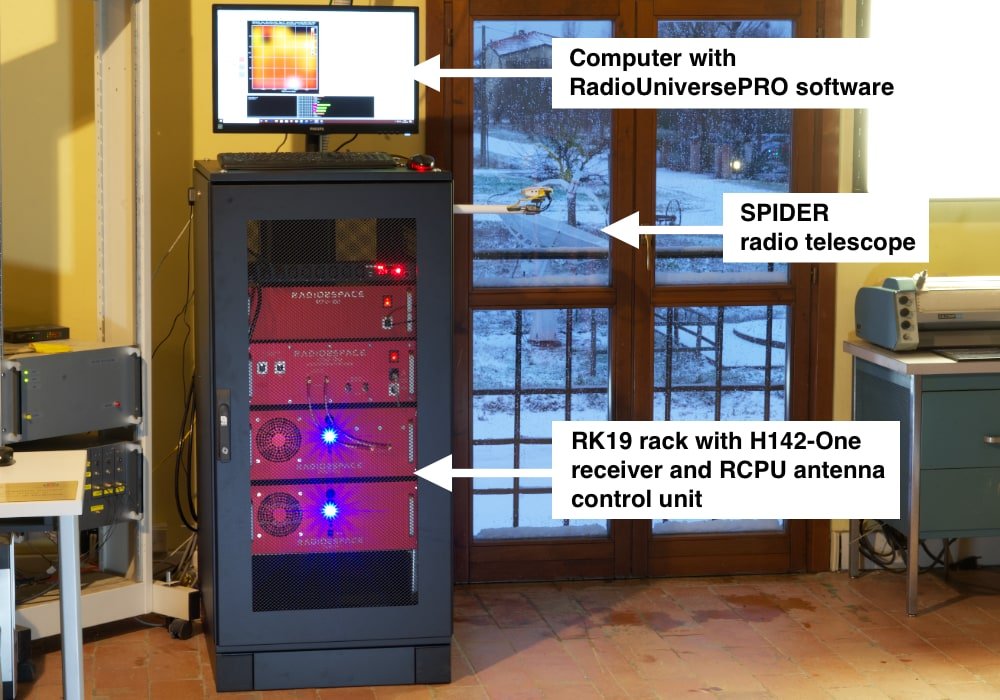 Anyone with a satellite dish, an LNB and a SatFinder can point and verify that the Sun emits radio waves. Radio2Space has, however, developed a line of complete radio telescopes with the best performance (and therefore more results) and with greater ease of use. SPIDER radio telescopes, thanks to its great parabolic antenna, precise pointing system,  increased stability and sensitivity of H142-One 1420 MHz radio astronomy receiver for 1420 MHz frequency and advanced RadioUniversePRO control software, is able to pick up radio waves from multiple sources in the Universe. Moreover, thanks to the particular control system, they’re easily remotely controlled and then they’re the perfect instruments to make radio astronomy at school. 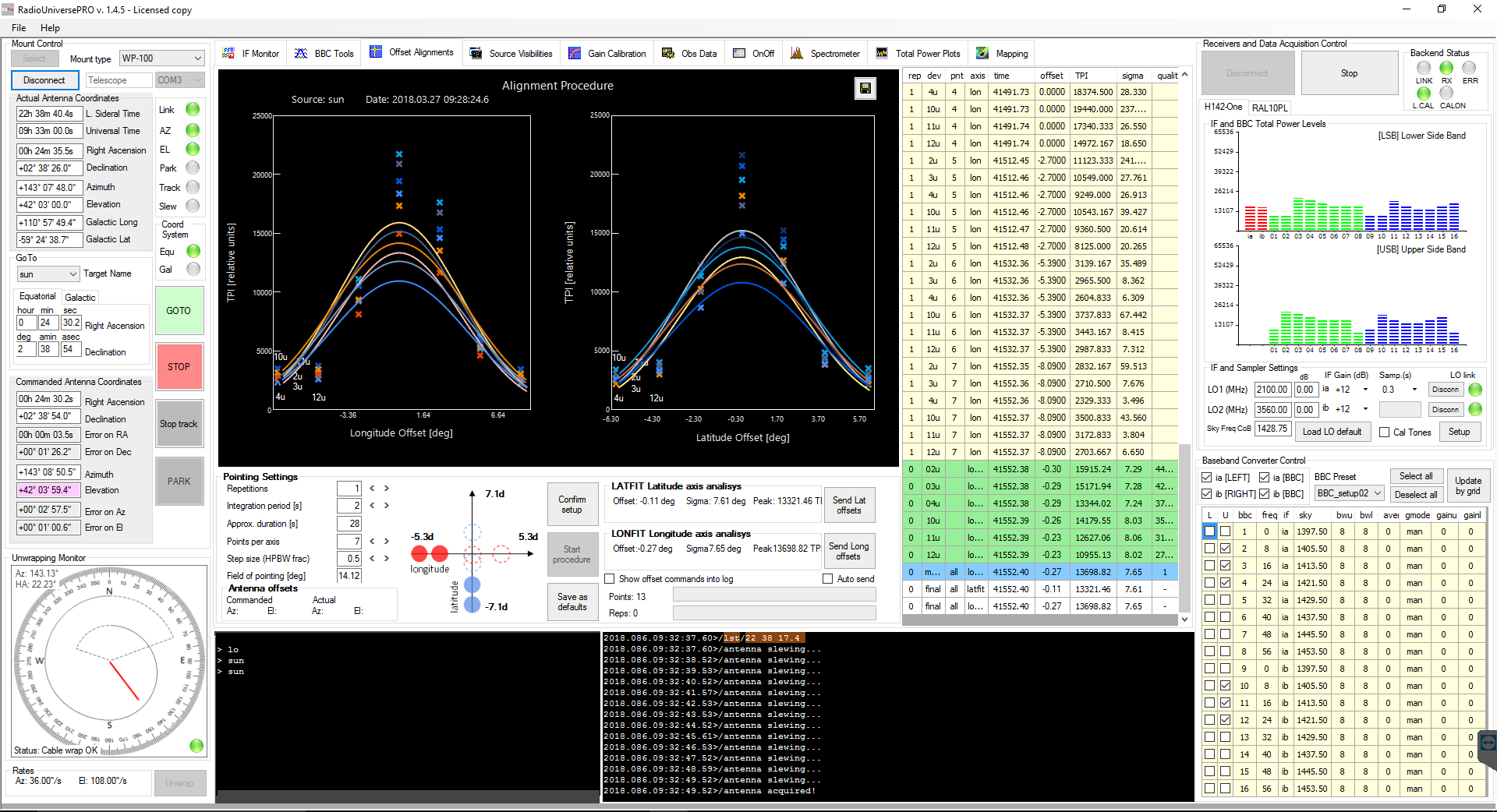 The activities of radio astronomy at school are many and relate both to astronomy and physics. SPIDER radio telescopes in fact let you not only to record radio waves coming from space but also to study how they are generated in the Universe and how they are collected by the instrument itself. It is thus possible to combine the concepts of physics of electromagnetic waves to the ones of astronomical phenomena that generate them. Although it is more compact (but for this at economic reach of many!) then a professional radio telescope, SPIDER radio telescope can be used to demonstrate to students that different objects in the Universe emit not only visible light but also radio waves. By recording data also in the form of transits or radio images, it is then possible to introduce black body concepts then get to the quantum theory, photons and  various atomic models. 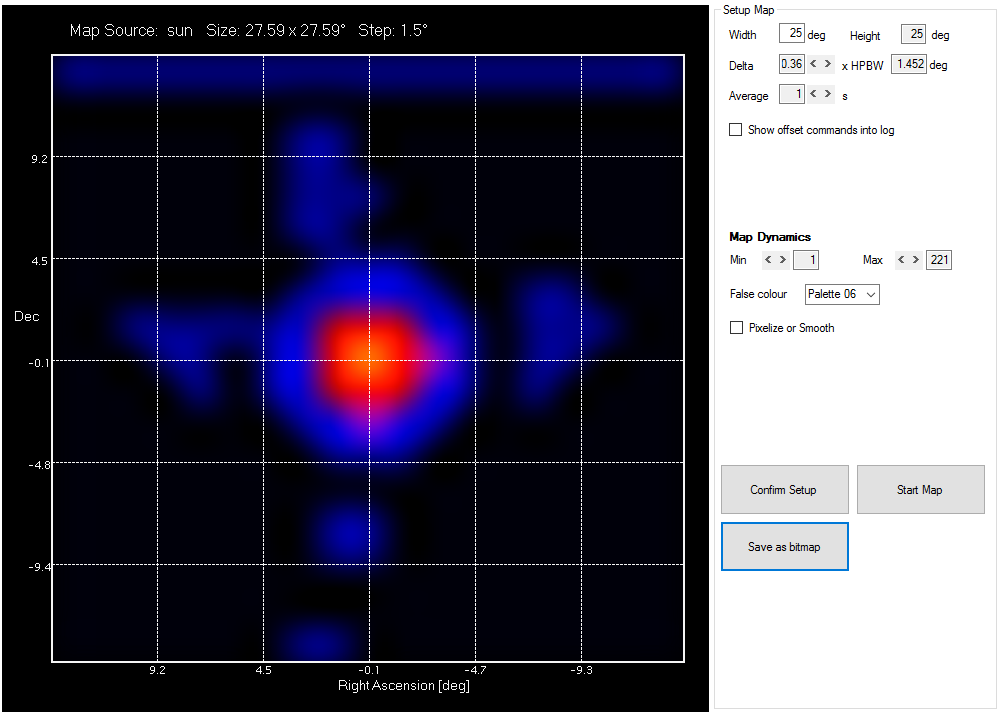 SPIDER allow to point and track radio waves coming from many radio sources, also extra galactic and during daytime. You can then also integrate the physics explaining to students why radio waves penetrate clouds while the visible ones are blocked (or greatly diminished). You can then study the phenomena that explain birth of radio waves from many radio sources and study if or why they are polarized. SPIDER radio telescopes come with 1420 MHz receiver developed for radio astronomy: H142-One receiver comes with 1024 channels spectrometer module that allow to record Hydrogen line coming from, example, the Milky Way plane. This way students can study Doppler effect and relative velocities of different parts of the Milky Way. 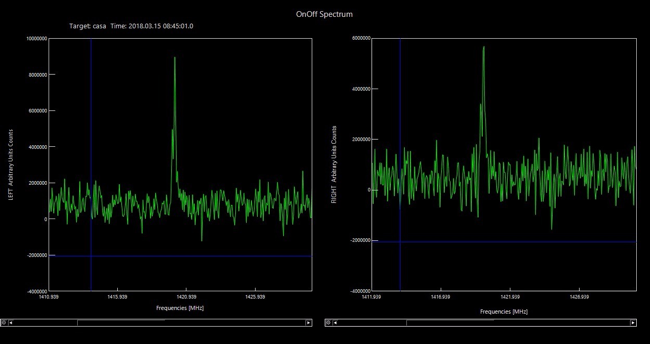 Even objects around us emit radio waves. For example, pointing the radio telescope towards a nearby building, you will notice an increase in the value of radio waves. Comparing this value with the one found by pointing the Sun or the Moon, it will be possible to determine their surface temperature! Thanks to the possibility of calibrating the signal, SPIDER control software lets you to monitor the emission of a radio source for a long time. For example, by focusing to the Sun, you can make one measurement per day for the period of time necessary to its revolution (about 25 days) and then will be able to correlate it with other phenomena such as the number of sunspots visible with an optical telescope (with special filter for protection!).

Radio astronomy at school: solar flux at 10cm (from: Spaceweather.com)

Finally, note that the radio telescope uses a special radio, the radio astronomy receiver, which can be analyzed and used to make students understand the physical phenomena related to the generation and capture of electromagnetic waves. It will be possible to study how an electric current generates an electromagnetic wave and how a parabolic dish allows you to focus and amplify radio waves. These are only just a few examples on how to use SPIDER radio telescopes to develop radio astronomy at school.